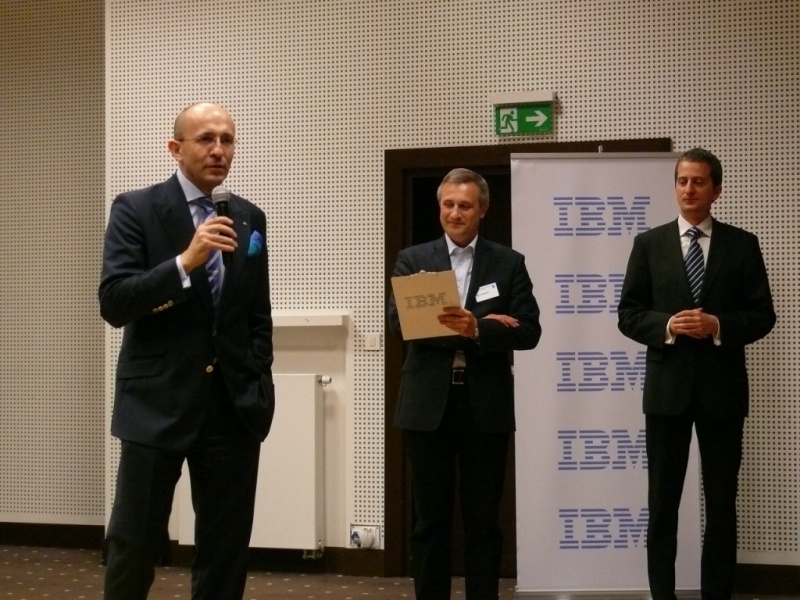 The IMB Award for the most creative and innovative implementation of Social Business in Poland was given to ATLAS Group. The award was received during the “IBM Social Business Academy 2015” held in Toruń. ATLAS Group was represented by Henryk Siodmok, the President of the Board.

The meeting was dedicated to the newest tools designed to facilitate the business activity within the group works. They consist in construction of a platform for common project management, internal communication, making the knowledge base as well as use of individual potential of each department of particular group members.

Among the lecturers there were two Atlas representatives:  Bogusław Święcicki – Director for Information Systems and Tomasz Sroczyński – Director for Quality. They presented how the tools IBM Notes and IBM Connections support the consolidation of ATLAS Group. The departments led by them – Quality Department and IT Department were directly engaged in the project of implementation of the tools into the Group structures.

During the Academy, the organizers – IBM – handed the awards to Polish companies and institutions, that implemented Social Business in the most effective way. Atlas was listed among 11 awarded entities, i.a. Ministry of Defense, Ministry of Economy, Chancellery of the Sejm, Solaris Bus & Coach SA. The award, on behalf of ATLAS, was received by the President of The Board, Henryk Siodmok.

The solutions offered by IBM, which we implemented within the Group, allow faster achievement of internal synergy and significantly facilitate communication and logistics. The results can be currently seen on the executive and management levels. The creation of the knowledge base enables easy access to information and contact with particular project teams. Currently 400 of Atlas employees use the solutions offered by IBM. We aim to provide over 1,000 ATLAS Group specialists [from 2,500 people employed] with access to the data gathered on the common platfrom until the end of 2015. With the new tools we will be able to manage the human resources as well as technological, product and service measures more effectively in order to keep our position of the leader of the Polsih construction market.