ATLAS awarded for the development of the regional economy 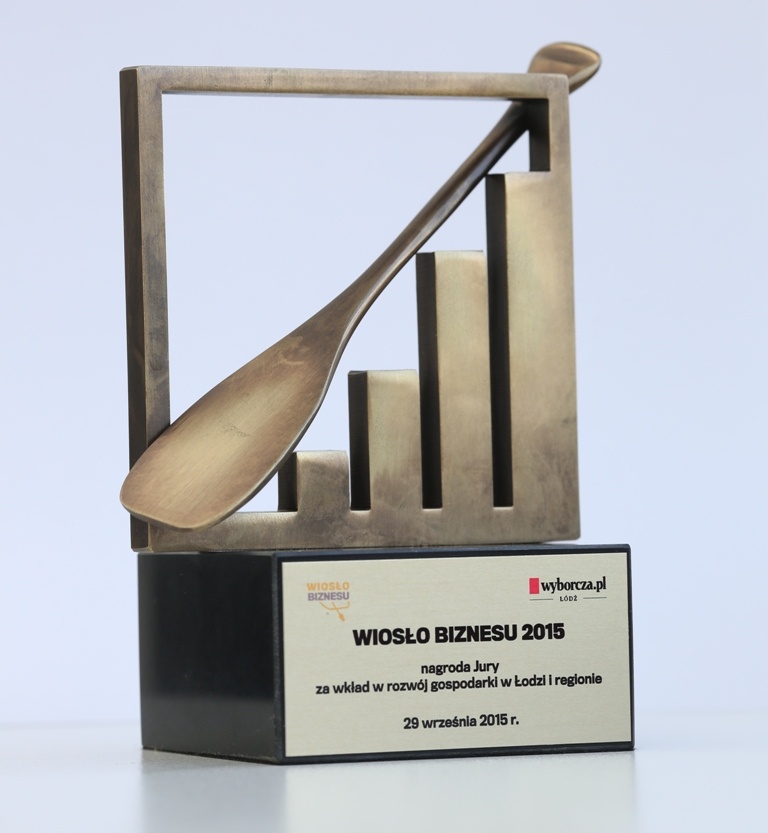 This September “Gazeta Wyborcza”, one of the most popular Polish dailies, announced the companies awarded with the “Wiosło Biznesu 2015” [“Business Oar 2015′] prizes. The Jury chosen ATLAS as the company which rendered the greatest service to Łódź city and region. The award was received by the Atlas co-founder, Andrzej Walczak.

The official presentation of the awards was held on 29 September at Łódź DoubleTree by Hilton hotel during the 8th European Economic Forum. On behalf of ATLAS, the statuete was received by one of its founders – Andrzej Walczak, who also attended the debate on the economic freedom in Poland.

The contest Jury, except of typical business activities and building the economic position of Łódź in the last 25 years, took also into consideration the activities concerning sustainable development and business social responsibility as well as the city promotion. Among these one can list: ATLAS Sztuki art gallery, ATLAS Charity Foundation and ATLAS Arena sponsorship.

– For the last 25 years, ATLAS has changed from a local company into a Group of over 20 entities employing almost three thousand people – says Henryk Siodmok, President of the Board of ATLAS Group. – We have our own raw materials, we develop our organisation and portfolio on regular basis. Everything started in Łódź, in difficult, unsafe conditions of recovering capitalism and free market rules building. Many companies had to face unknow reality then. We are proud to see our work, and the work of ATLAS founders and their part in the region development, being appreciated.

Beside ATLAS, also Pelion, listed by the “Gazeta Wyborcza” readers, was awarded. The aim of the contest was to sum up 25 years of free Łódź economy. Each of the companies set up on the ruins of socialism took part in the reconstruction of the Łódź economy – economy of a city which 100 years earlier was a “promised land” for merchants and manufacturers seeking fortune. The readers and editors of Łódź „Gazeta Wyborcza” commonly chosen 25 companies which have influenced the economic transformation of Łódź in the last 25 years. Among these set up after 1989 and at least 10-year-old were to list just a few: Aflofarm, Ceramika Paradyż, Ericpol, Infosys, Bełchatów, Manufaktura, Rossmann.